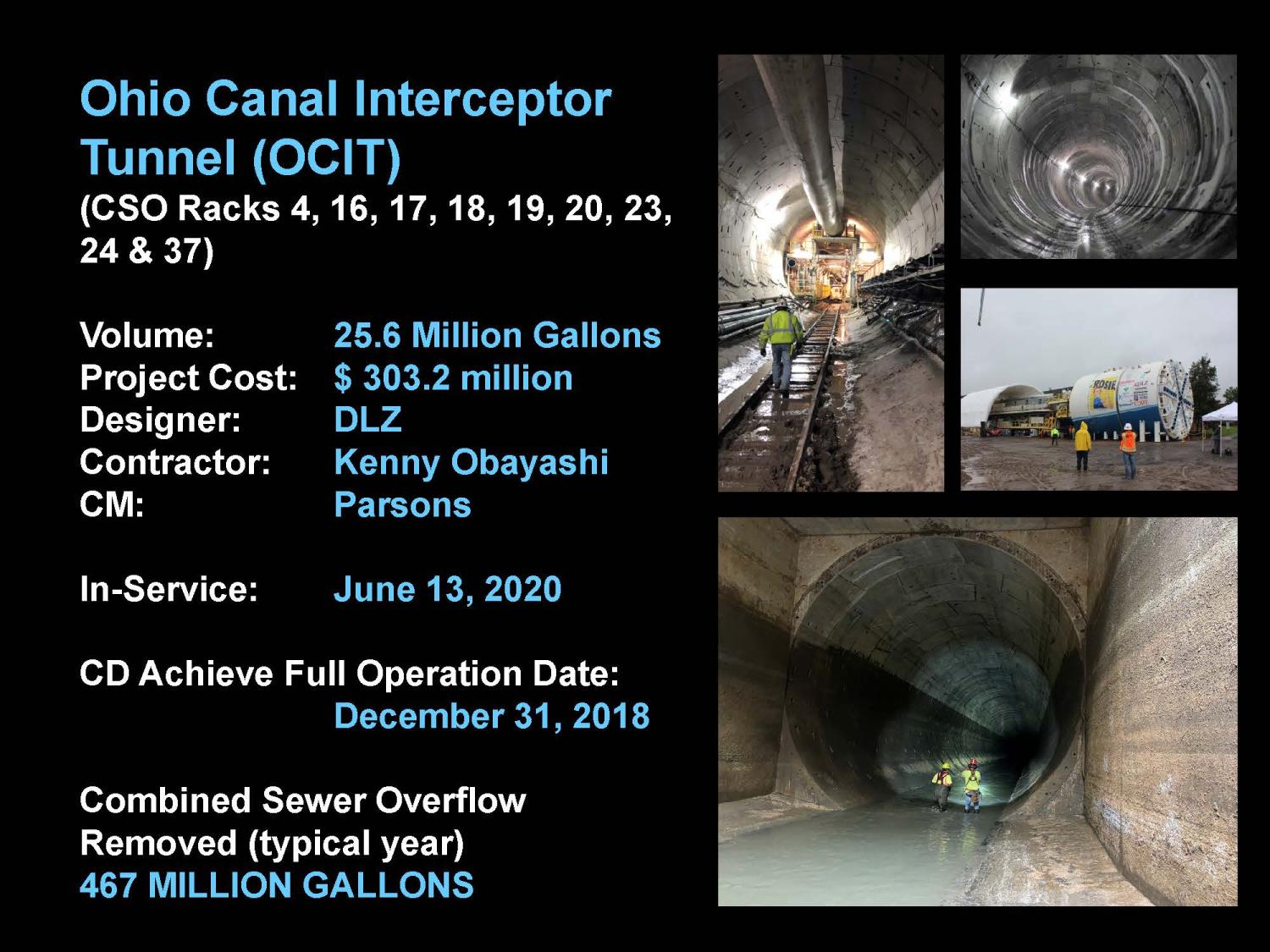 As one of the most significant projects of the Akron Waterways Renewed! program, the Ohio Canal Interceptor Tunnel collects combined sewer overflows from nine locations throughout downtown Akron. The 27-foot diameter tunnel measures 6,240 feet in length, extending from the intersection of Main and Exchange to Hickory Street in Cascade Valley. At that point, the Tunnel flows to the Little Cuyahoga Interceptor for treatment at the Water Reclamation Facility.

During heavy storms, OCIT stores up to 25.6 million gallons of stormwater and sewage, reducing discharges into the Ohio & Erie Canal and Little Cuyahoga River. In fact, OCIT prevents an average of 467 million gallons of combined sewer flow from reaching local waterways in a typical year, thereby improving the water quality of our local waterways for generations to come.

Work began on the OCIT project in 2016 and was put into full service in June of 2020. The star of the project was "Rosie," the massive tunnel boring machine which began mining her way under the streets of Akron in 2017. When the boring machine was completed in August of 2018, Rosie had excavated approximately 165,000 cubic yards of earth and rock. Rosie featured a unique cutter-head designed to dig through both soft soil and solid rock, making her the first "crossover" TBM to be used in the United States. The machine was 300 feet long and weighed an incredible 2.2 million pounds. To complete the tunnel, Rosie pushed the cutter-head into the earth at a rate of one inch per minute, with 14.8 million pounds of force - a thrust equivalent to that of 16 space shuttles! 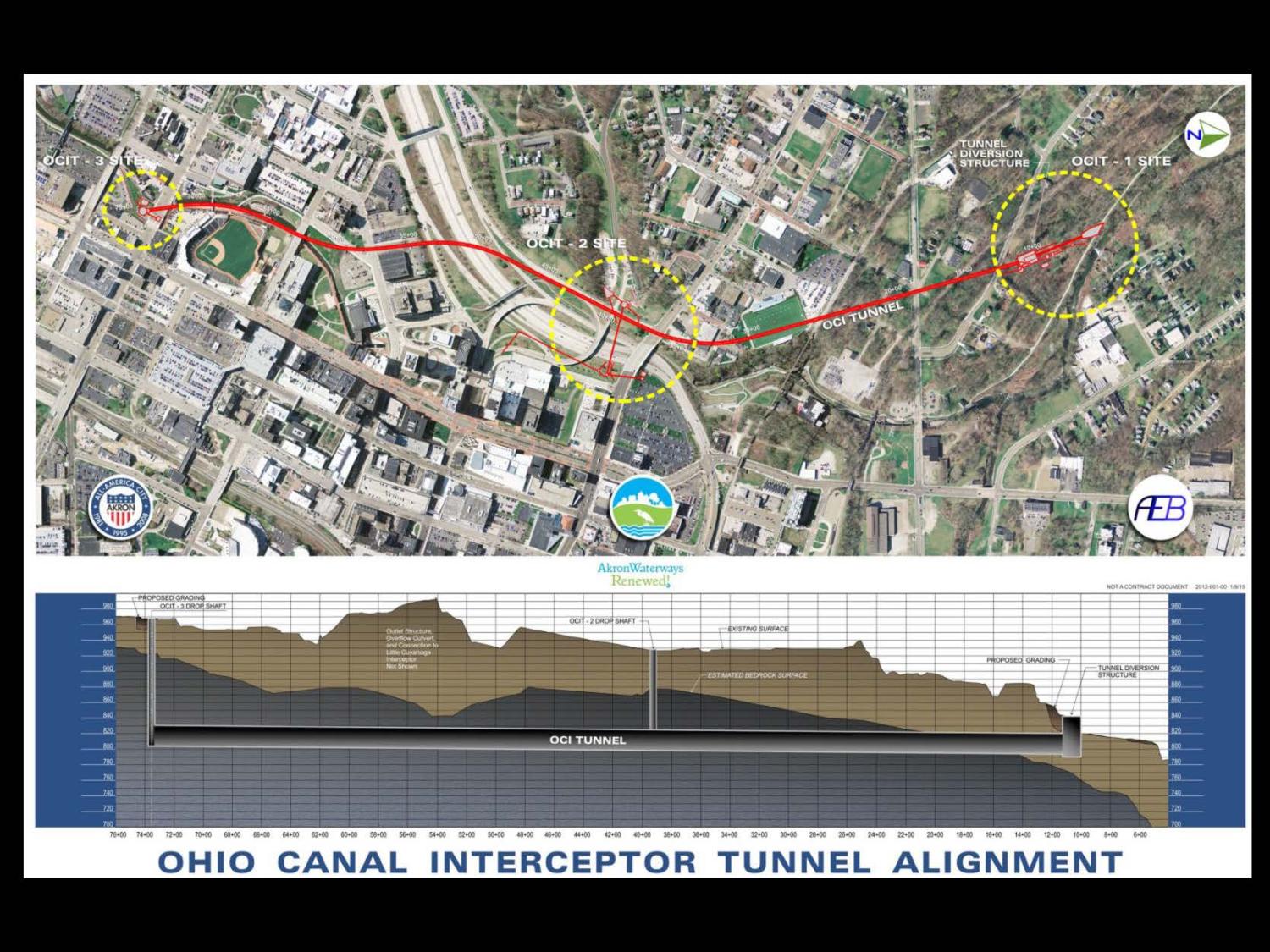 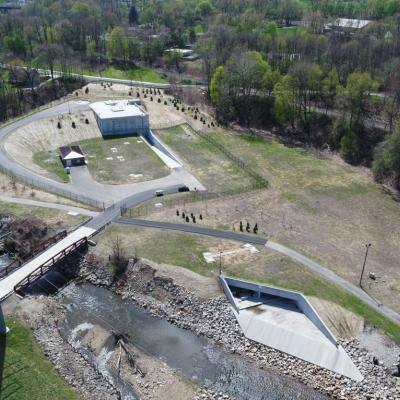 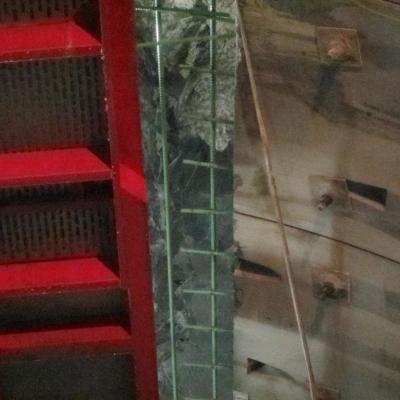 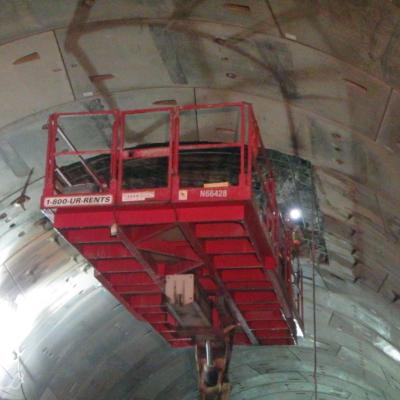 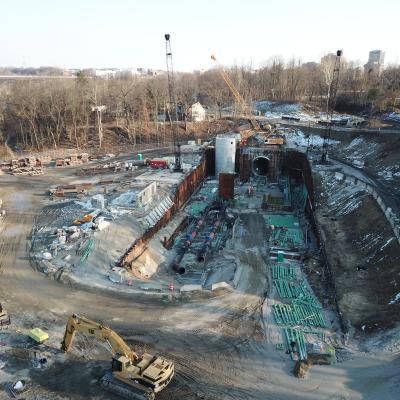 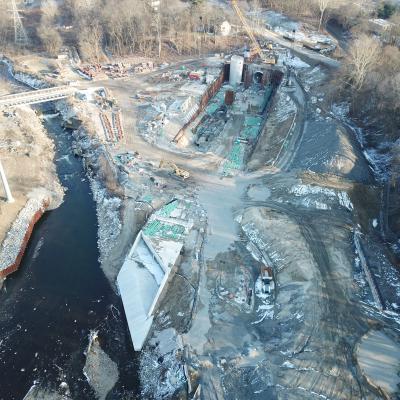 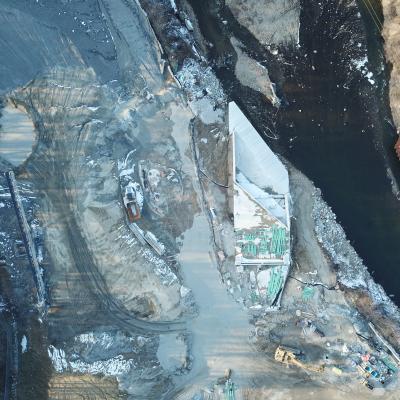 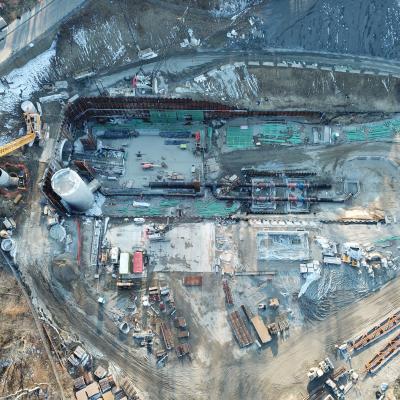 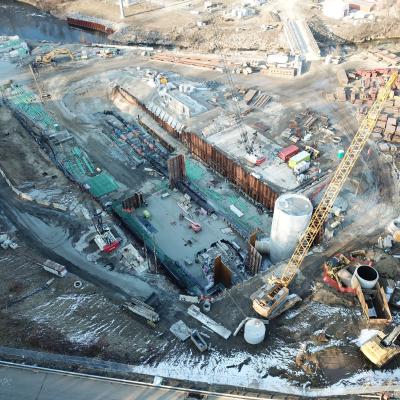 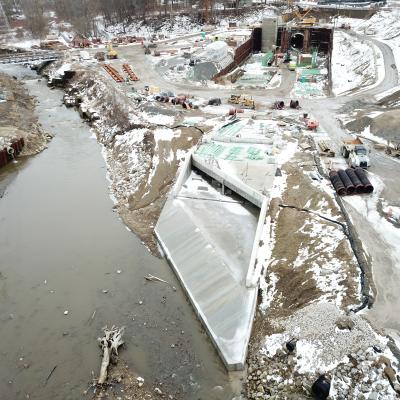 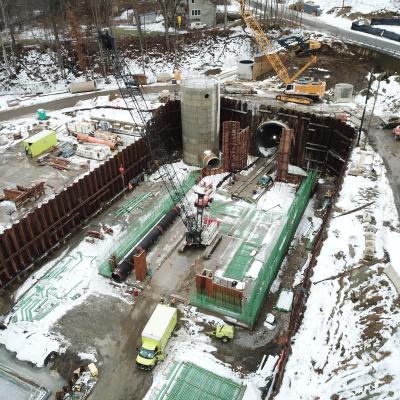